Preţ: 45 lei
Preţ vechi:   50 lei -10%
Disponibilitate: Disponibilă
Pentru comenzi care depasesc stocul disponibil afisat va rugam sa ii contactati telefonic pe agentii nostri de vanzari: Alin 0756.166.770 si Mihai 0756.166.771
Casa limbilor straine
Anthony Burgess's nightmare vision of a society overrun by nihilistic violence and governed by a menacing totalitarian state. Fifteen-year-old Alex doesn't just like ultra-violence - he also enjoys rape, drugs and Beethoven's ninth. He and his gang of droogs rampage through a dystopian future, hunting for terrible thrills. But when Alex finds himself at the mercy of the state and subject to the ministrations of Dr Brodsky, and the mind-altering treatment of the Ludovico Technique, he discovers that fun is no longer the order of the day. The basis for Stanley Kubrick's notorious 1971 film, A Clockwork Orange is both a virtuoso performance from an electrifying prose stylist and a serious exploration of the morality of free will. Anthony Burgess (1917-93) was born in Manchester in 1917. From 1954 to 1960 he was stationed in Malaysia as an education officer - during this time he started writing The Malayan Trilogy. Diagnosed with an inoperable brain tumour in 1959, Burgess became a full-time writer and went on to write a book a year up until his death in 1993. His many works include: The Complete Enderby, Tremor of Intent, The Kingdom of the Wicked and A Clockwork Orange.
Alte cărţi de Limba engleză
Cărţi sugerate 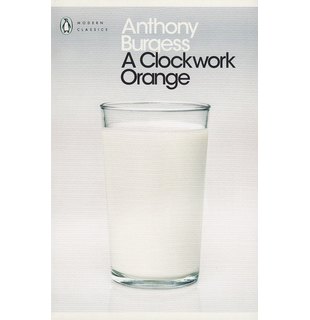