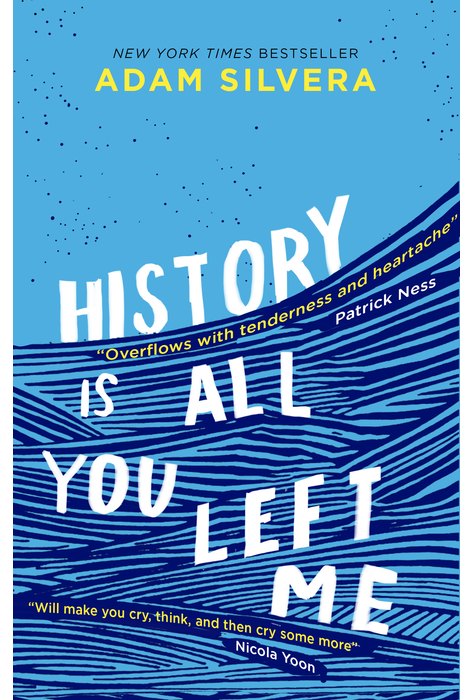 You're still alive in alternate universes, Theo, but I live in the real world where this morning you're having an open casket funeral. I know you're out there, listening. And you should know I'm really pissed because you swore you would never die and yet here we are. It hurts even more because this isn't the first promise you've broken. Griffin has lost his first love in a drowning accident. Theo was his best friend, his ex-boyfriend and the one he believed he would end up with. Now, reeling from grief and worsening OCD, Griffin turns to an unexpected person for help. Theo's new boyfriend. But as their relationship becomes increasingly complicated, dangerous truths begin to surface. Griffin must make a choice: confront the past, or miss out on the future...

'History Is All You Left Me overflows with tenderness and heartache. Even when its hero is screwing up royally, maybe especially then, Silvera's humanity and compassion carve out a space where it's not the falling that's important, it's how you pick yourself back up. There isn't a teenager alive who won't find their heart described perfectly on these pages.' Patrick Ness

'Adam Silvera is a master at capturing the infinite small heartbreaks of love and loss and grief. History Is All You Left Me is a beautiful meditation on what it means to survive devastating loss. This book will make you cry, think, and then cry some more.' Nicola Yoon 'Sweetly devastating, passionately honest, breathtakingly human' Becky Albertalli